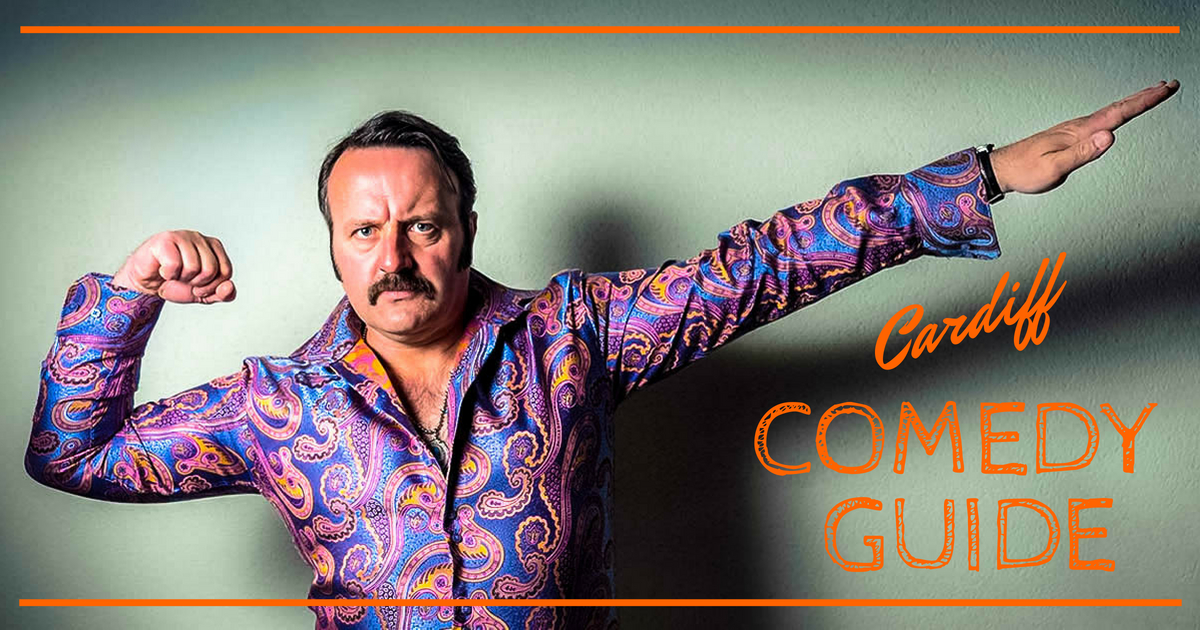 Finding any evening activity to tick the tastes of everyone in your group is hard, and when comedy is concerned, the range is enormous. Lucky for you, Cardiff is packed to the rafters with arts and culture and the city’s comedy scene is no exception.

So, are you game for a giggle? We hope so. We’ve searched the city to find you the best venues, events and talent that the Cardiff comedy scene has to offer.

Cardiff comedy venues are some of the most exciting around. Here’s where you should be heading to find your favourite stand-ups

The Glee Club has been a firm favourite of Cardiff comedy lovers for over 15 years. It’s established itself as the go to venue for fans of all things funny.

Over the years, The Glee’s audiences have been treated to shows from up-and-comers who you might now have heard of including Michael McIntyre, Russell Howard and Sarah Millican. So, if you want to say you saw the next big thing in comedy before anybody else, this is the place to be.

The Motorpoint is the home of big name comedy in Cardiff. A whole host of stand-up stars bring their tours to the venue each year.

If you’re looking for a Cardiff stag do night out with some of the most popular stand ups from both the UK & further afield, this should be your first port of call.

The venue has recently played host to sell-out shows from John Bishop and Greg Davies and will be welcoming the Emmy award winning Chris Rock in 2018 too.

St David’s Hall plays host to an eclectic mix of comedy tours throughout the year. Stand-out stand-ups including Russell Brand, Ed Byrne and Katherine Ryan are all bringing their tours to the venue in 2018.

As well as the main auditorium shows, the venue often hosts up-and-coming talent and local comedians in the more relaxed and informal surrounding of their Level 3 Lounge, giving you the perfect chance to find your new favourite comedian.

Buffalo is probably more famous for their cocktails than their comedy but if you want the best of both worlds, we suggest heading down to their next monthly comedy evening, especially if your are on a Cardiff hen party. Held on the first Sunday of each month, this Cardiff comedy night attracts a wide-range of talent from across the UK.

The venue was a key supporter of the annual Cardiff Comedy Festival until it’s cancellation and has continued to support soon-to-be-discovered stand-ups since.

Dolly Chicken Comedy hosts a variety of comedians as eclectic as the name suggests. Held on the third Thursday of the month in The Flute and Tankard, a traditional pub with a warm and friendly atmosphere.

The evening is a popular platform for local unsigned talent and Dolly Chicken’s stage has previously hosted BBC New Comedy Award winners too. You never know, you might be watching the next big name in comedy take their first steps to stardom!

Ok, so now you know where to find them, who should you look out for on the Cardiff comedy scene?

In his own words, Ignacio Lopez is, ‘half Welsh, half Spanish, all funny’ and he’s one of the most exciting comedians to have come out of Cardiff in recent years.

He’s a frequent headliner at top comedy clubs around the country, has sold out audiences for festival performances across the UK and is also one third of Comedy Sheep, a touring pop-up comedy club. He still performs at various nights in and around Cardiff and is definitely one to watch over next few years.

With a natural sense of humour and talent for storytelling, Mike Bubbins has become a Cardiff comedy legend.

Since bursting onto the scene in all his paisley glory in the early 2000s, he’s supported Rich Hall on tour, written and starred in three BBC radio shows and entertained audiences up and down the country as a headline act.

Hailing from Butetown in the south of the city, Leroy Brito made his comedy debut in 2011 and quickly gained the attention of the Cardiff comedy scene.

One of the most prominent stars of the local circuit, he was the runner up in the 2014 Welsh Unsigned Comedy Awards. A regular performer in his hometown, he’s also completed a successful run of shows in New York and was recently commissioned by the BBC for his own comedy radio show.

Look out for him across various comedy nights and at The Glee Club.

When it comes to comedy in Cardiff for an evening activity, the city certainly doesn’t fall short. The local stand-up circuit is full of home grown talent waiting to be discovered and the city’s larger venues attract some of the most exciting names from the world of comedy. So, if you do find yourself with a spare evening don’t sit at home bored to tears; find something funny, pack the Kleenex and be ready to laugh until you cry.