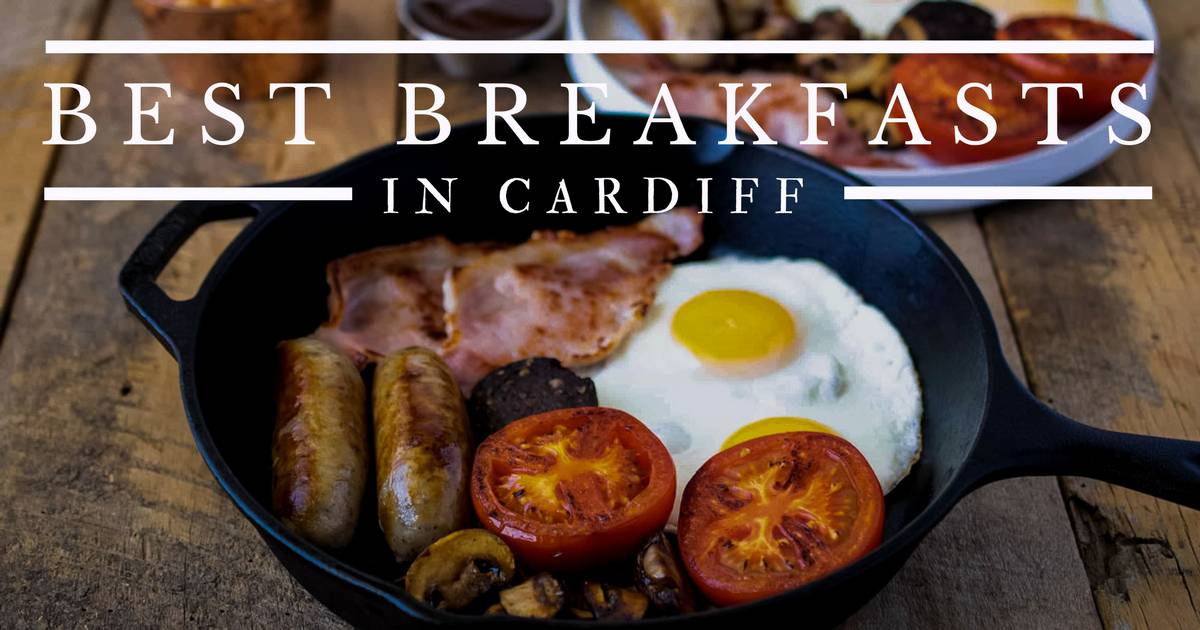 When it comes to a hen do or stag weekend, the most important meal is definitely the breakfast, and a good old hearty Cardiff breakfast is luckily easy to find, there are a lot of options to choose from.

Whether you’re looking for the perfect greasy spoon café, a comfortable place to recuperate or something a bit fancy, our list of the six best Cardiff breakfasts for a stag or hen do has got you covered, so you can focus on the carnage of the night.

Top six breakfasts for a stag or hen weekend in Cardiff

A Cardiff stag weekend wouldn’t be complete without at least one greasy spoon Cardiff breakfast and it doesn’t get much better than Ramon’s Café.

It’s based in Cathays, which is a short walk from the centre and it does one colossal Mega Breakfast, which makes for a hefty recovery meal. It’s not a huge café, so space might be an issue for larger parties, but if you can make it over and get enough seats, the portions are epic.

Obviously, a big meal isn’t always a great meal, but in this case it most definitely is. The little round fried chips are a work of genius and they sit very well alongside the big-hitting sausage, eggs, hash browns, bacon, beans, tomatoes, toast, black pudding and mushrooms. Throw in some builders’ tea and good cheer and you’ve got Ramon’s.

If you’re looking for a faster Cardiff breakfast, because you’ve got an activity planned, then The Grazing Shed is an excellent alternative.

It’s mostly known for the quality of its burgers, but it has also taken the same dedication to great ingredients to deliver its breakfasts.

You can get a full English in a roll or served in a waffle, so it’s pretty heavyweight. It’s got a number of waffle options to choose from, if you’re looking for something to soak up the previous night’s efforts.

However, there are slightly healthier yoghurt and fruit compote options if you want something a little less meaty.

At the other end of the spectrum is Bill’s, located right in the middle of the city, opposite the St David’s shopping centre on The Hayes. It’s not great for large parties, unless you’re happy to be spread over a number of tables, but it does have a delicious breakfast menu.

A Cardiff hen weekend is well setup with a breakfast at Bill’s, with its relaxing atmosphere, friendly staff and good variety of food. It does a fancy traditional breakfast with Cumberland sausage and pesto roasted plum tomatoes.

You can also opt for a veggie alternative, coconut porridge, buttermilk pancakes, avocado on toast or a variety of egg options, so it covers a lot of different tastes.

If you’ve got a big party and you want everyone to be on the same table then a short trip out to Chapter Arts Centre is a good option. It’s based in Canton, so not too far outside the city centre, and has large benches that can accommodate pretty much any size group.

The full breakfasts are pretty tasty, but a bit more wholesome than their greasy spoon alternatives.

There are also plenty of continental pastries to go for, along with porridge, American-style pancakes, eggs how you like them, toast and jam and bacon sarnies.

The name says it all. This is where you go if you want a Cardiff breakfast that feels like you’ve got a little bit of your living room with you for the ride.

It’s got a fair few sofas, as well as the main restaurant tables to choose from, so if you just want to wallow in comfort while stocking up on nutrients then this is a good shout. It’s also got some pretty big tables for larger groups.

The menu is brunch-style, but it has both a traditional and veggie breakfast as standard. It also serves avocado and egg on toast if you’re looking for a health-kick refuel, along with granola, triple-stacked buttermilk pancakes and a classic sausage sandwich.

Okay, so it may sound like a trendy coffee shop, and to some extent it sort of is, but it also does a mean brekkie. It’s located in the Castle Arcade, and it’s pretty big inside with a lot of comfy seats to wallow in.

Food ranges from breakfast sandwiches to banana and honey porridge. They also do some fancier options including eggs benedict, or can always go for one of the seriously mental doughnut and Oreo milkshakes for a major injection of sugar.