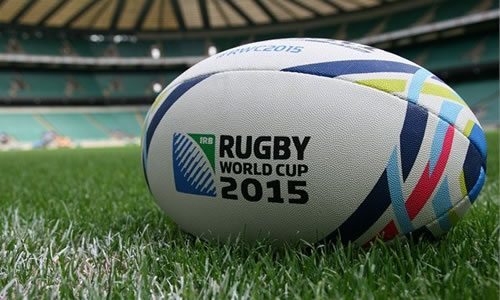 With the 8th Rugby World Cup nearly upon us, the Home Nations are brimming with excitement. Wales has long been one of the most rugby-mad countries in the world, and is one of the few nations to have rugby as its official national sport.
And from 18th September – 31st October 2015, the biggest Rugby World Cup in history is coming to Britain. Although the main event is hosted by arch-rivals England, the Millennium Stadium in Cardiff has secured eight of the tournament matches.
This international contest is great for Wales, with speculation already rife as to whether the Welsh can use their home advantage to bring home the cup.

On the shoulders of giants…

The first rugby world cup was held in 1987 and there has been a contest every 4 years since. The very first tournament was hosted jointly by Australia and New Zealand. The All Blacks went on to defeat France in the final and win. Since then, Australia and South Africa have each won twice, England won once, in 2003, and then New Zealand won again in 2011, making them the defending champions.
No team has yet successfully defended their title and won two championships in a row, but with the All Blacks being the firm favourites to win in 2015, this could be the year. 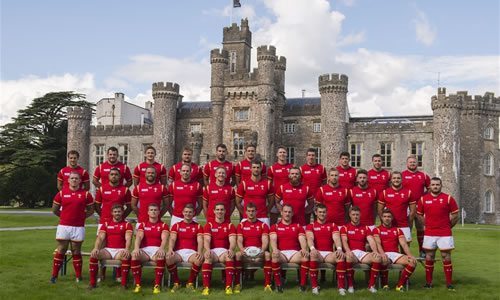 Looking at the stats across the entire history of World Cup rugby, England’s Jonny Wilkinson is currently the top point scorer of all time, with 19 matches and 277 points to his name. There are, of course, plenty of Welsh rugby giants featured on the all-star records table too.
The build-up to the Rugby World Cup 2015 is already in full swing. During the qualifying rounds, 83 countries competed and 203 matches were played, resulting in the final selection of the 20 best rugby nations on the planet. Training squads for those successful teams are soon to be decided and final team selections are just around the corner.

Preparations in Wales… and Qatar

Wales boss Warren Gatland announced his extended training squad on the 8th June 2015. In the weeks following, Wales endured the most arduous training camps at altitude in Switzerland and in the climate-controlled Aspire Dome. This world renowned training centre has hypoxic chambers that can replicate altitude conditions of up to 4500 metres above sea level. The Welsh team slept in these conditions as they looked to benefit from increased lung capacity by resting at altitude.
Wales had mixed results in their World Cup warm up matches, winning two of the three Tests. And with a series of injuries seeing stars such as Leigh Halfpenny withdraw from the squad, Wales must come together as one to unite like never before to stand a chance of lifting the coveted Webb Ellis trophy. Were the squad trained too hard during their training camps, or will their fitness regime work wonders during the closing stages of the key World Cup games? Only time will tell. 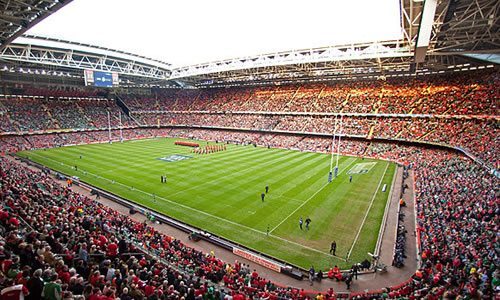 The heart of the action for Rugby World Cup 2015 in Cardiff is the Millennium Stadium. It has a capacity of 74,154 and a super-dooper, weather-defying removable roof. It’s already played host to some legendary matches, including in the 2013 Six Nations, when Wales beat England 30-3 to win the tournament. Can’t get in? Don’t worry because there’ll be a great atmosphere in the city centre Fanzone too. Cardiff is putting up big screens with food and drink galore, so that you can follow all the action, even if you’re outside the stadium.

The Millennium Stadium in Cardiff will host 6 of the championship’s pool matches, plus two of the quarter finals. So, how’s it all going to work?
Well, the 20 competing teams have been divided down into 4 pools of 5 teams apiece. Wales are in Pool A. This group also contains England, Australia, Fiji and Uruguay, so it has aptly been dubbed ‘the pool of death’. In world rugby terms, England, Wales and Australia are currently ranked in 4th, 5th and 6th place respectively. Fiji are ranked 12th, bring Southern hemisphere physicality and are not to be underestimated. Uruguay are ranked 21st in the world, so it would be a massive upset if they make it past the group stages. Wales, like all the other teams, will play one game against every other team in their pool. Only two teams from each pool will survive to make it through to the quarter finals. Then of course there’s the semi-finals and the final, at Twickenham, to get all shouty about. 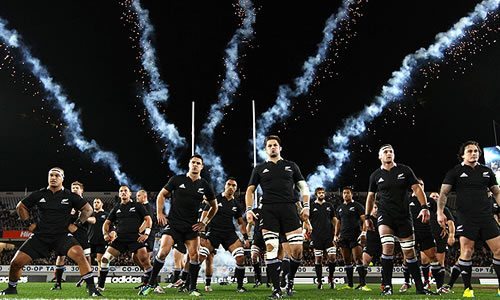 And the winner is?

New Zealand’s mighty All Blacks are the hot favourites to win the Rugby World Cup 2015. They’re also number one in the world rugby rankings. Next highest ranked comes South Africa in the number 2 slot. And after their 2015 Six Nations victory, Ireland have jumped into third place. Although Australia have dropped out of the top three, they are always dangerous contenders. England would dearly love to win the cup on home turf too. But, in 2015, could it perhaps be Wales’ turn to triumph? In spite of some injuries, they’ve got a stellar cast. With no further injuries, world class players like Sam Warburton, George North and Toby Faletau could see them power through. If Wales get past the quarter-finals though, they’ll almost certainly be facing the awesome power, fitness, skill and tenacity of the All Blacks in the semi-finals. Wales last beat the All Blacks in 1963…and they’ve never yet won the World Cup. Yet… 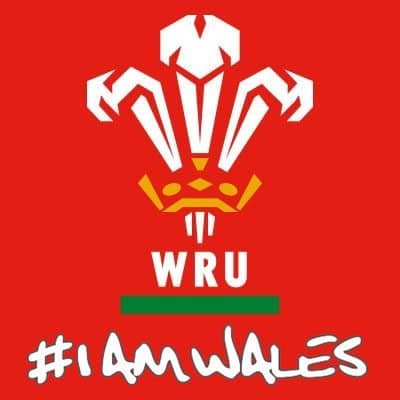